Kasumi – Dead or a Blob 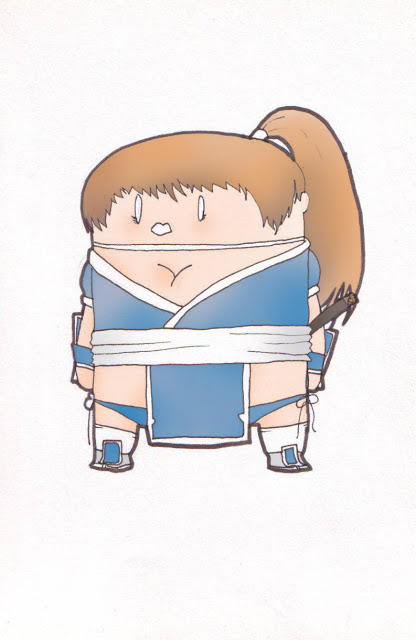 As I spend more and more time on making the Blobby game I figure I should start doing some proactive awareness for the little guys. What better way but by starting with popular sexy video game character parodies! The most awkward part of drawing this was the underwear. As a rule blobby people don’t show a whole lot of skin. They are quite conservative. They also don’t have hips. The ties usually a lot higher on Kasumi, but if I had tried the same thing on my version, she would look like she’s getting an enormous wedgie.

If there are any characters you wanna see drawn leave a comment! Either here or over at G+. Cartoon/comic characters, video games, anything. I would prefer to stick away from real lifers though.