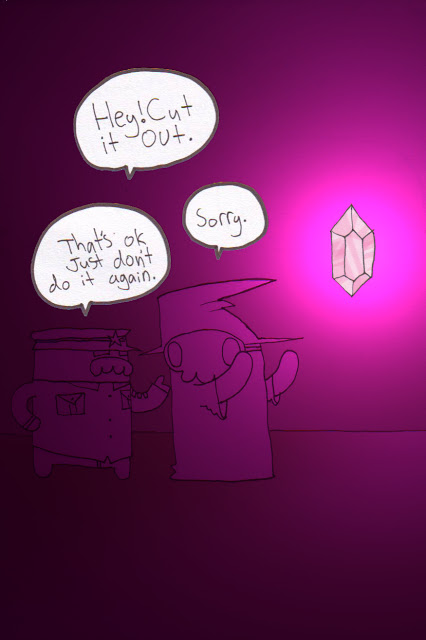 And he did cut it out. Ha, the epilogue was half the length of the main story. It’s like having the round up text at the end of the movie telling you what happened to the characters being most of the movie. Hope you enjoyed the story. It was fun to do. Hopefully some more blobby people storylines will wander past in my imagination. Ill jump on them and tie them down. Then torture them till they give up all their secrets to me. Then I will recount them to you.