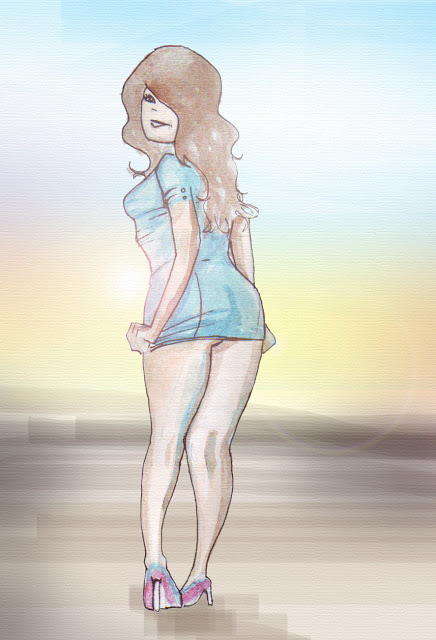 I pretty much used up the extent of my life experiences in the last week or so in the last post sadly. I mean other things happened that were hilarious  in real life, but their just a big pile of “feel good” feelings rather than anything succinct.
My Bro has moved in with his wife and kid. Their getting settled in at the moment. Elijah, who’s about two should be a good mine for comics. Kids are up there with cats and porn when it comes to the internet. Man. I really shouldn’t put those three things together. That reminds me of something else that’s totally inappropriate! Sweet, now I have something to draw.