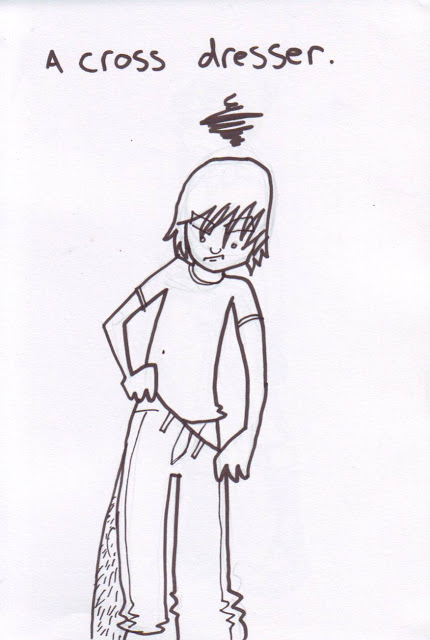 Yes it turns out that my characters have super hairy legs. Scarily so. Big. Black. Hairs. Almost like little antennae that give them warning signs when they’re in confined spaces.
I started playing Terraria with the funding of Matt, cheers man. Its a combat focused 2D sandbox game if you haven’t heard of it. Much in a similiar vein to Minecraft with less emphasis on building computers. I think it has some promise. It’s a little difficult to handle on a smaller screen I noticed while playing on a laptop. Not so bad on a decent desktop (Which to be honest, isn’t how most people would describe my desktop.) I’m probably one of the few people who still have a totally square screen. But at least it’s flat.

71 Thoughts on A Pun