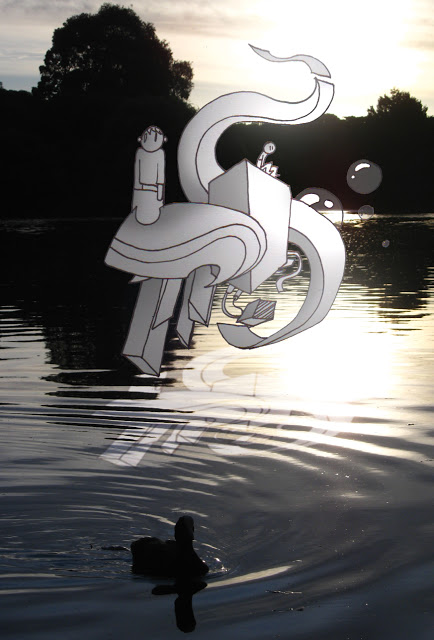 I didn’t have access to any pencils while drawing this one so it was just straight into the pens. So I decided I better stick to something a little more abstract.
I’ve been pumping the Elder Scrolls soundtracks over the last few days. I always really dug the Oblivion soundtrack. Morrowinds main theme is really nice but not as many of the tracks stand out to me. Probably because I didn’t spend as much time playing it to grow overly attached to it. The Skyrim soundtrack is looking pretty intense. 4 discs. I wish they would play it in the game more often. I spend far to much time trudging through blizzardy silence.