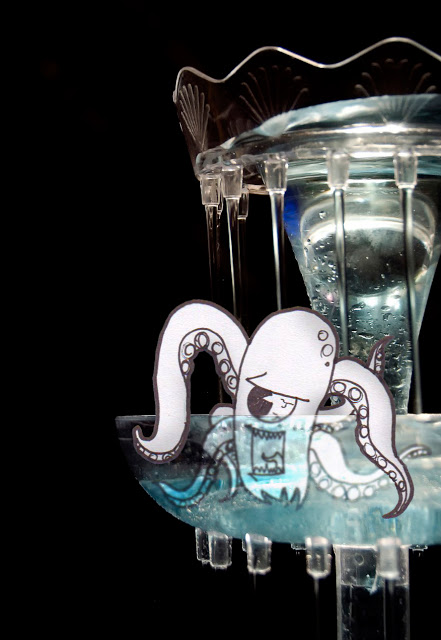 The octopus guy is a character I haven’t done in a long while. But on to more serious boring topics. I’m gonna try and do a run down of the Act party. They seemed like a good place to start. I’ll leave the red and blue party till near the end. Act will now be known as the yellow party. They seem to love themselves some yellow. I will also try not to flame any party more than any other, unlike some people.

Act & what they’re interested in: Putting a hold on the emissions trading scheme. Making sure our soldiers have guns to shoot with. Selling state assets. End racism by not having Maori specific seats in parliament. Put market interest rates back on to student loans.

In a fight who would Act back up: National.

All this has been pulled and colloquialized from Acts policies page.