Slayer of Caterpillars
Waving in the Wasteland
Uncategorised October 31, 2011
Share 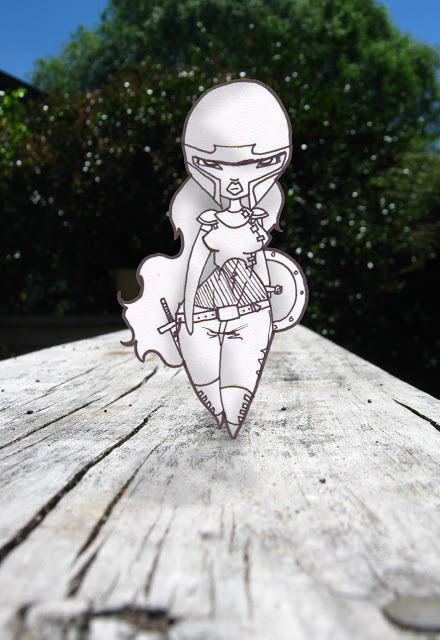 I’m going to say here, that these sets of drawings of the Peacock warrior girl are influenced heavily by the Mouse Guard. If you haven’t heard of it yet I suggest you go hunt it down. If you like your fantasy and “here be dragons” type stories then it should be right up your alley.

Today we’re gonna take a look at the Mana Party. It is lead by Hone Harawira who has managed to get into  the public eye quite a few times in the last year or three. First I recall was the Racist Emails where he talked about “White Motherfuckers”. Next were comments about him not being comfortable with his daughters going out with white dudes. His retort for that one was that White dads probably wouldn’t be comfortable with that sort of thing either, which is a fair call. While he may be a bit vulgar and tactless, I can’t fault his honesty (A rare characteristic amongst politicians). I could talk for ages about this guy, but we’re here to discuss the party and not the individual. Check out his wiki page and the references for more racist run ins and interesting facts (Like his Pakeha heritage).

What Mana Party is all about: Representing Maori in parliament. Creating a seperate branch of education to oversee Maori education development and learning. Free training and education for those unemployed or on the benefit. Short term: Taking tax cuts from the richest 10% and giving $1000 to those earning under 30k a year as a christmas bonus.

Who Mana Party would go on a long walk with: They would prefer to walk by themselves, on their beach.