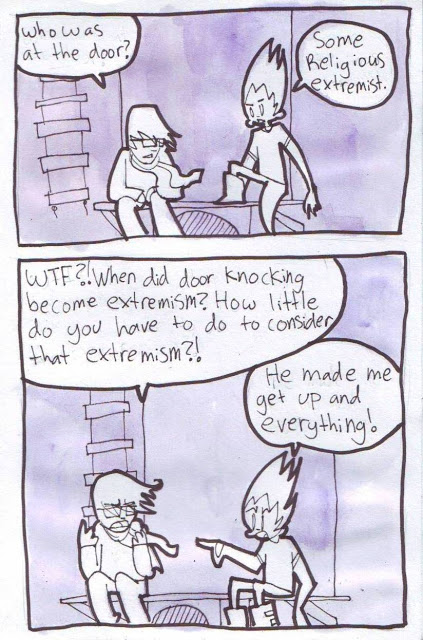 I don’t know if I have mentioned this one before, it’s based on a conversation I overheard last year between two girls discussing what sort of religious people they don’t mind. “Oh not those religious extremist ones who hand out flyers at the mall and stuff. Those one’s suck.” I thought it strange that they would use a soundbite used so often on the news (usually talking about people blowing up a whole bunch of other people) to describe fairly normal people as extremists.
Well I’m glad the closest New Zealand has to extremists are guys handing out little comics about going to hell and old ladies meekly knocking on your door.
Now what I can’t stand are those marketing extremists who call me up wanting to do “brief” surveys and help me with my home loan just as I’m about to have dinner.