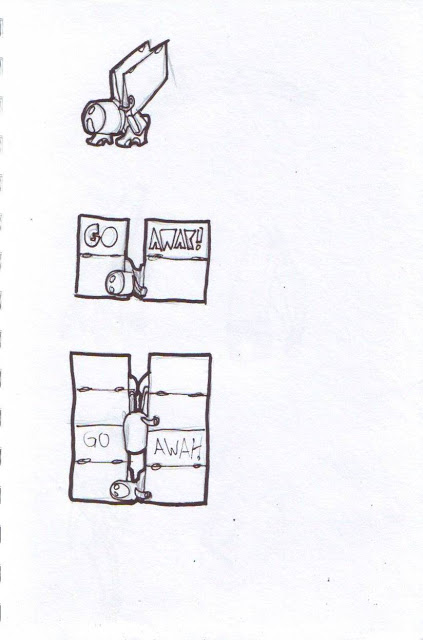 This is just a simple bot, with the sole aim of slowing you down. The bottom drawing is if they became stackable. So they would jump on top of each other, lock into position to become a larger wall. I would make the design interlock on the sides as well, but since the game is 2D anyway, the character wouldn’t have much choice but to go through just a single layer of these guys at a time.