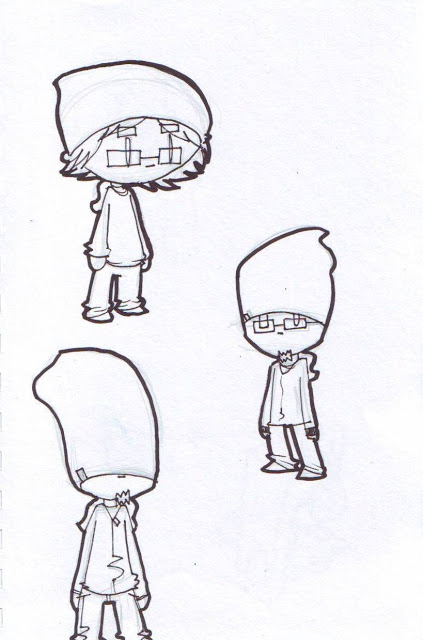 In a google+ conversation I was having with my partner in crime I was complaining that I didn’t have a cool 8bit avatar for my user photo like he did. He mentioned that there was nothing stopping me from rectifying that. So I used the powers vested in me to make a stylized NPC of yours truly.
I named him Skinny. After a character I wrote into the initial script (Initial as in current script that needs to be thrown away.) 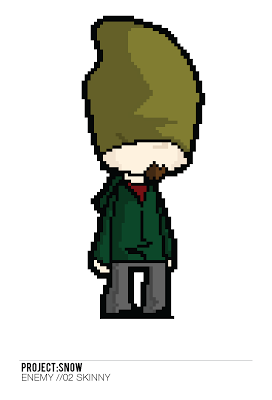