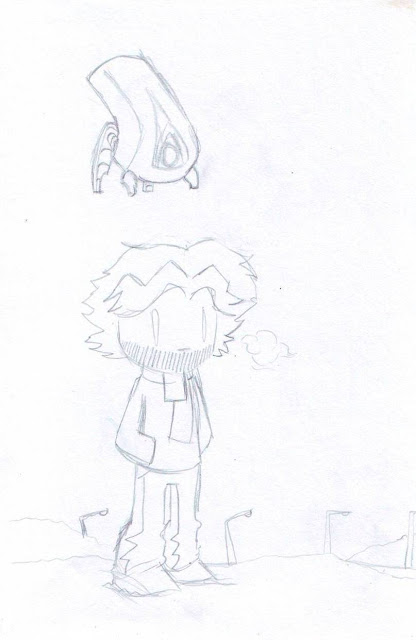 Did a new robot which I like a lot. Probably a starting robot that can’t do a whole lot more than running backwards and forwards. Definatly settled on the whole snow thing. (While it seems as though we were from start due to the name “project snow” what your seeing is being retroactively posted.)
In fact I liked the robot so much he’s now the first enemy I’ve drawn up. Made him more narrow and lean from the original. Also got rid of his fourth leg. Looks like a bug huh? 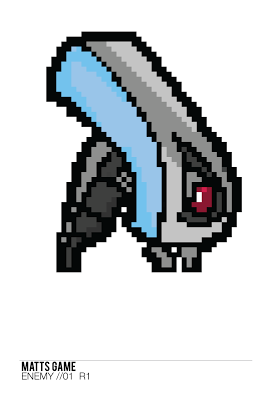 0 Thoughts on Project:Snow standing in snow