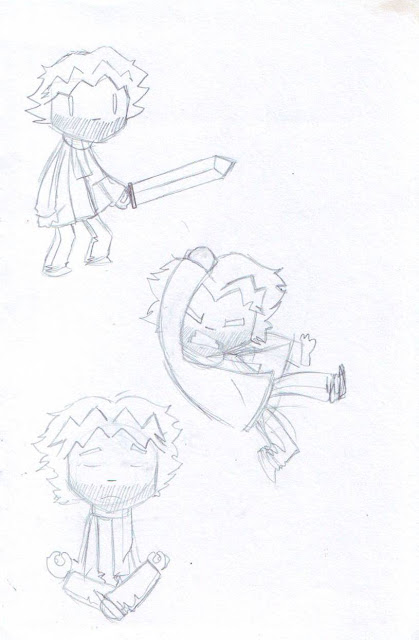 So we decided that the games quirk would be physical combat, rather than gun based combat (which is fairly common in side scrollers.)
Means there’s gonna be a lot of different sprites I’m gonna have to generate =S. But to balance that Matt will have a lot of crazy coding on his hands. So that makes me feel better about it. In a twisted sort of way.