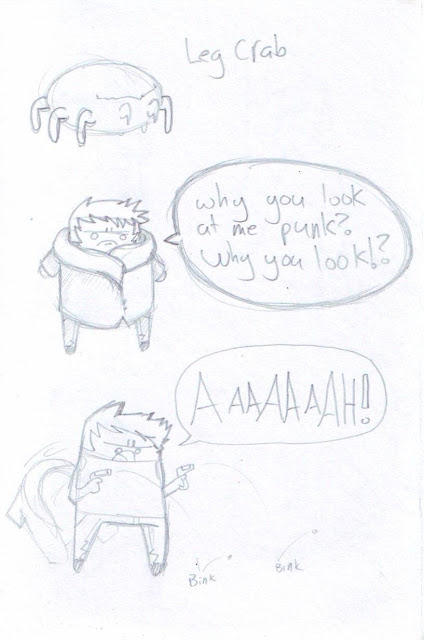 First ones a reference to the awesome game Half Life. The second half is another illustration of coming out with the unexpected. I think this spawned an Idea for a bad guy Matt(henceforth known as Code Monkey) came up with. Ill draw him up soon I think.
These are probably the most amateur concept art drawings ever. But do they really need to look any better? considering a lot of them won’t be any taller than 90 or so pixels.