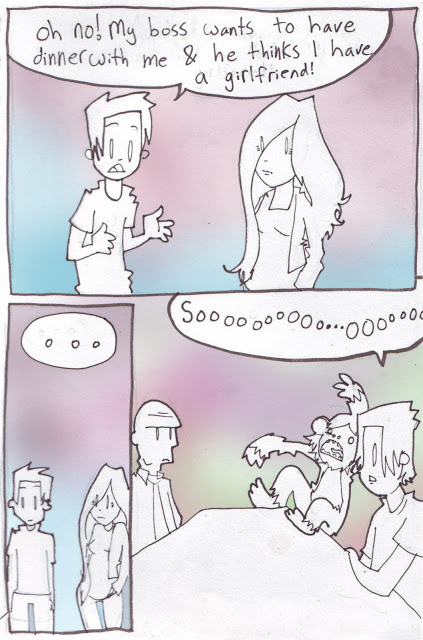 2000 down, see you at the finish line of 2500. I decided to revive two of my characters from my Izak*Steve Days. Probably the most ill conceived series in the history of ever. Not bad for something I never properly planned, and it made me super awesome at drawing with the mouse. Come to think of it I did that comic pretty much daily as well. So I guess this isn’t the first time I haven’t done this “daily doodle” business.
If you thought this comic was lame you should see the original punchline.
In other news, people walk at the speed of death. Which is quite slow for no one familiar with death. Slow disease ridden death…