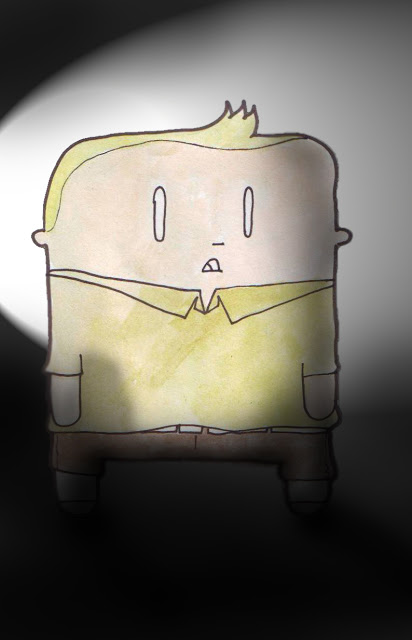 I wanted to do something a little more dramatic for Tintin, due to the upcoming release of the movie. Which looks friggin fantastic. Spielberg AND Peter Jackson. To be honest I’m more excited about Jackson than I am Spielberg. Hopefully since its animated we won’t be seeing any of Jacksons weird “slow motion blurry action where you can’t really tell whats going on” thing.
** There was a bit here where I confused George Lucas with Spielberg. See this comic for another example of me not knowing who anyone in the movie business is.**
anyway, I lump Tintin in along with Asterix (& Obelix). They were in the same era for me, and both were released in the same format. Full A4 sheets, which I don’t see often in comics.
I wasn’t as big a fan though of Tintin, it was to wordy for me as a kid. It’s not as though I could read that well then anyway. But some panels would almost be completely text. I guess thats so Herge could cut corners and not need to keep drawing backgrounds all the time. He never once took the Asterix route of backgrounds. Whenever Uderzo got bored of doing backgrounds he just slapped a flat colour in there, pink, red, it doesn’t matter, people get the jist. Not old Herge, he did every single panel.