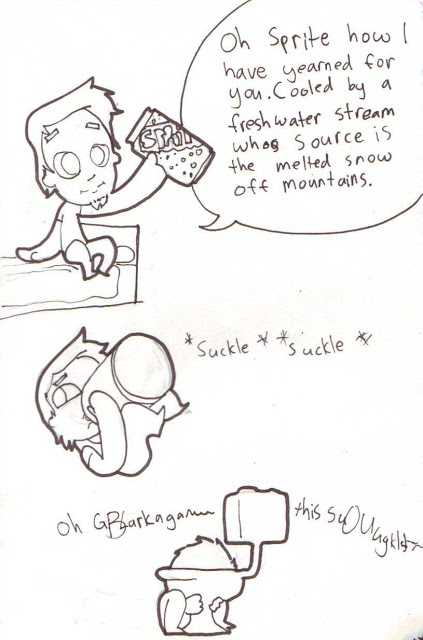 It was dispiriting when the one thing I really felt like was the one thing that made me throw up through the entire ordeal. Although it was with the help of one of those swallow panadol things. Man, they don’t make those things easy for me. Each one was like dancing with the gag fairy.
Thanks gorgeous for being my personal make a wish foundation and getting me a big ass sprite even though I asked for just a can, because it’s only just starting to run out and I’m getting a little upset.
Don’t even like sprite most of the time.

Album of the week
The Wombats Proudly Present… This Modern Glitch
This has been one of those albums I have been looking forward to since last year. Nearing the end of each year I usually go “Wow, there have been so many albums by bands I like, that means next year there won’t be ANYTHING coming out.” So I panic and go and look up any band I think is notable. Fortunately The Wombats were there to make sure 2011 wouldn’t turn into a dismal musical desert.
It took a bit longer than usual for the album to be released, the release date jumped once or twice. But it was worth it.
If your having trouble remembering who these guys are you might remember “Lets Dance The Joy Division” a few years ago. And I saw their “Tokyo (Vampires & Wolves)” song on TV a few months ago.
Anyway If you liked them the first time round then you’l probably like them again (Even if they sound a little more polished).