Dinosaur Will Get Her
At Least There's That
Uncategorised May 19, 2011
Share 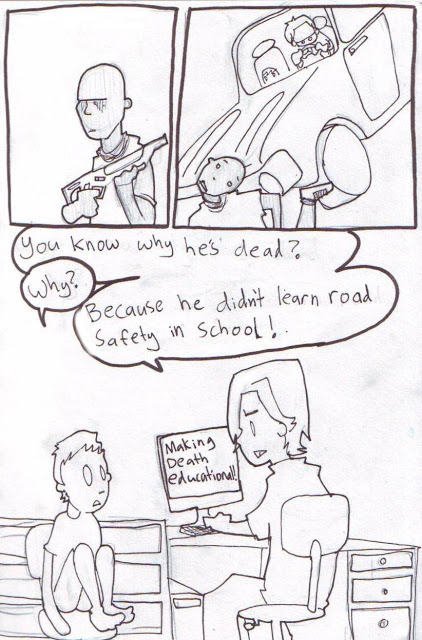 I got Far Cry 2 the other day to get rid of the bad taste of Crysis from my mouth. FC2 was the last FPS  I remembered having fun on, finishing it far quicker than I had wished. I had previously borrowed it off a friend, but it was such a decent game I decided this time I would own it for myself.
Adam found out I had a new game and proceeded to assert his presence so he could watch. Sometimes I’m not sure whether he should be watching, as I gun down a guy from the back of a ute, and then proceed to plug the driver in the face with a couple more rounds. But I decided I would make it as an enriching experience as I could for him. So I made an example out of some idiot guard who was standing in the middle of the road, not looking both ways. The rest is history.