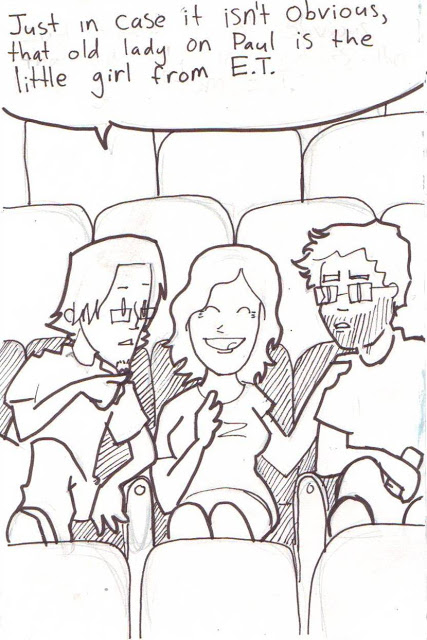 Apparently Drew Barrymore doesn’t age twice as fast as the rest of us.
So yeah, Paul was ok. Its one of those movies that knows its a movie, looks like a trend, judging by the Scream 4 trailer. Or is it Scre4m? Who knows. I guess it’s a bit like how Mac keeps forgetting to capitalize its products because they like the little dot on top of the lower case “I”.
I’m not going to pretend I discovered it. But I like to support NZ music where ever I can, so check Avalanche City out. Similiar sound to Alaska. Thanks Keir for pointing these guys out.