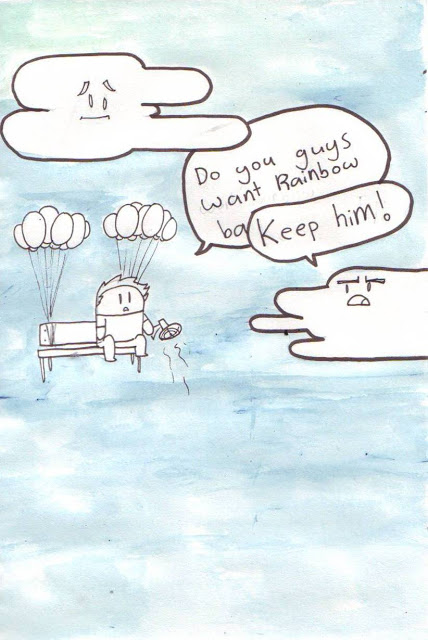 Perhaps I like the Broken Rainbow a little to much. Or maybe I’ve found a world I actually enjoy. Perhaps it’s because I have shared to many secrets with it. Or I find its childlike approach to adult subjects charming.

I think I found one of it’s theme songs though: Go, by Avalanche City. Yeah. I attach music to certain projects I do. A mood and tempo to match the visuals. And also, yes, I think I found a new band to love. I just had a gander at his site. He’s recorded everything himself. it’s pretty amazing actually. It’s not the first time its been done, but it’s one of the first times I have enjoyed it all. The Rocketsummer springs to mind. That guys voice just creeped me out though.

“After playing years of playing in hardcore bands, I guess I just wanted to do something slightly more musical.” – Dave Baxter