Hurt in its Confusion 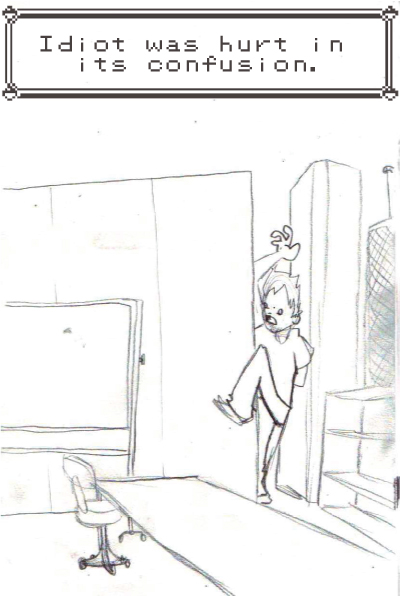 I fell victim to this gap in the wall in year one of uni. Huh, I’m surprised I didn’t write a post about it then. Anyway, it’s a treaterous shortcut that occasionally demands a price be paid for its use. In my case it was a set of headphones getting caught in it and breaking off.
I’m proud to announce a new player in our doodle a day family. Harry was a little bit of a late bloomer when it came to starting his sketches, and even later in creating his blog. But we won’t hold that against him. He does a better job of introducing himself, so check it out. If your allergic to pow in your face pink and holy cow my corneas purple then you might want to hold off though.