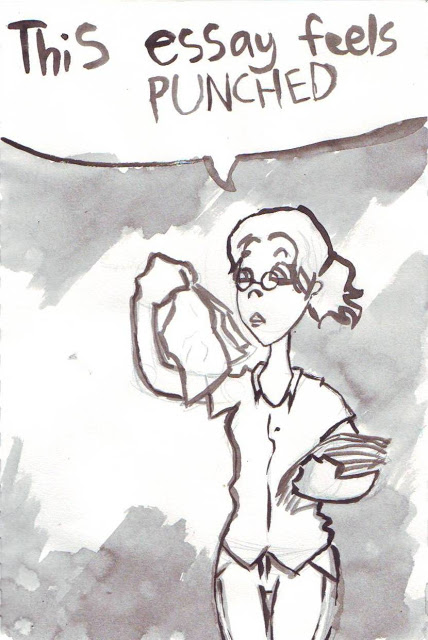 Yeah, not exactly clever. But I got other things on my mind I guess. I handed in the essays today (Including the wingdings one) and got promptly given the new essay. Which is pretty much the same thing, except we’re looking at images done in the last 15 years and comparing it to images and philosophies from the post modern period. Although thats assuming a lot. Since it’s essentially saying we have fully grown out of the post modern era, which simply isn’t true. We may have new emerging ideas, but I wouldn’t say it’s widespread enough to say we have moved into Post*2 modernity. Although I do agree that advertising trends have changed. So I could agree that design has jumped into its next faze. All this brings me to my new weekly feature.

I know right! What a spell binding name! It almost makes you look forward to Wednesdays doesn’t it! Ill wait for half of you to come back from wikipedia and then we can get started. For the next 7 or so weeks Ill be doing these once a Wednesday, discussing junk I have had piled on me by my lecturers. Hopefully by the end of it I will have a nice pile of info to join together to make a 2500 word essay.
I will reiterate that I am an undergrad, so nothing I say is worth the pixels that are burning to show you these letters.
And also I don’t have anything to talk about that I haven’t already in the first paragraph of this post…. *cough*