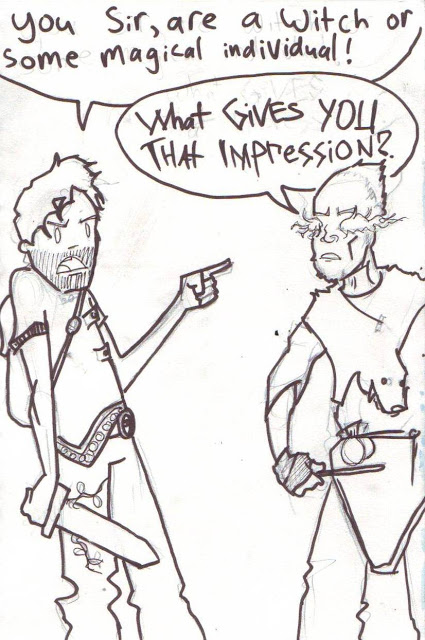 Inspired by tonights DnD session. My first foursome (DM + Players), It went off rather smashingly in my opinion. circumstances led to a face off with a guy in the woods who might have been a witch. Although why he had a feminine title attached to him was left largely unanswered, until a reasonable debate got turned all the way up to eleven, ending in loud accusations from Puddle the wizard being answered in the affirmative by the witch-fire-skeleton-pieceAcrud THING.
Like Puddles sword shaped wand?

I’ve already nattered on about Avalanche City far to much this week. So let’s move right on to FM Static. These guys just released their 4th album on April 5th, and if you were hoping for FM Static to not change its overall sound since it’s debut eight years ago, then you will be in luck.
I got into these guys a little after Relient K. So yet another pop punk band for ya. Yeah, I’m starting to realize how false the title of this section is.
Anyway, enjoy this preview of Avalanche City’s latest video. Just popped up on TV on Wednesday, and still hidden on youtube.