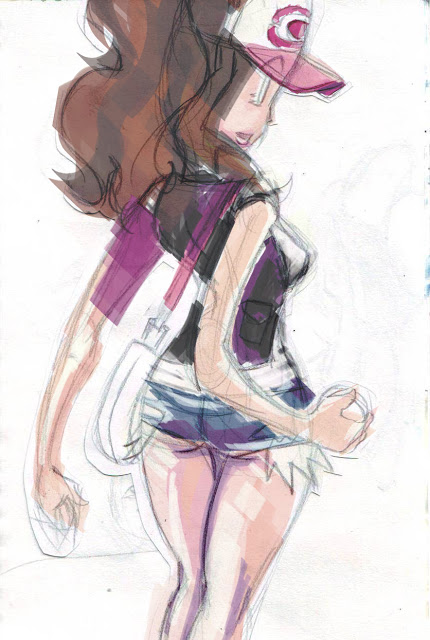 I have a thing for firsts. First posts, first past the post, first post-it notes. This doodle wasn’t an official one in the book (It is now though, with some quick swipes from a scalpel and a good lick-a-glue. This is my first *shudders* FAN. ART, I have ever really done. It’s also the first digital piece as well. I merged the sketch and the unfinished photoshop painting together.
Also today I ran into the set of the new Power Rangers show. It was being filmed over at Westwave. They changed the signage to make it look like a more generic pool place. I’m figuring it was the black power ranger I saw, because he was… Black. There were some blonds sitting around as well. But who knows what was happening with them. 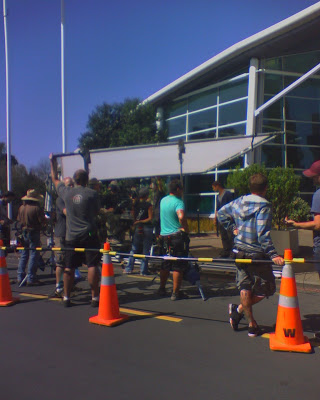