The Goku of Rock 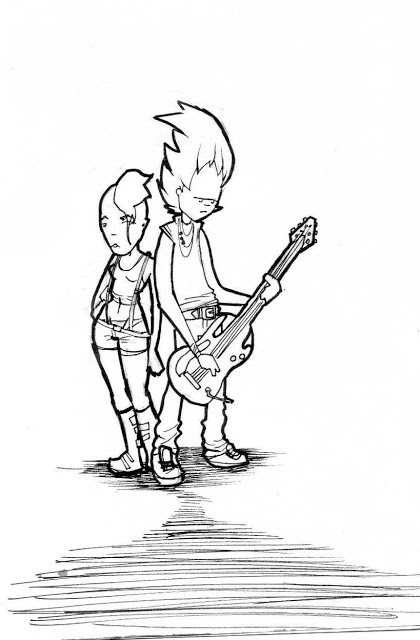 I wasn’t really feeling inspired doing this one. All of today I have had a looming sense of unease. Well, a hangover of unease really. I had a run in with Studylink a while back, which admittedly was my own incompentence at play rather than bureaucratic monkeys playing with tape.
Ah the scourge of students lives. I don’t know anyone who appreciates Studylink this time of year. We really should be grateful that we have a service that provides us with cash throughout our courses. But really, that awkward password system that everyone forgets their details of because the rules for password restriction is so strict, plus the fact that this is the first time a lot of us have had to do “paperwork” of any kind creates extremely short fuses.
I sent in my folks details a while ago about how much they earned etc, and then yesterday I recieved another email asking me to send in my parents junk again. I was pretty pissed. By the time they would be process it by now I would be starting uni. So I decide to give them a call, since that usually gets things done faster than drawing little squiggles in rows and then putting it in a folded piece of paper with a stamp on it and sending it to them and then hoping they can read the squiggles.
I get some bro on the phone who’s rather helpful. He goes and processes my stuff right there and then. Woot, everythings done. “You sir, are a gentlemen and a.. Squire.” I figured there was something wrong with that since a squire was like a servant, and I knew it wasn’t a commonly accepted complement calling someone a well behaved slave. So I left it with that.
Yes… A sense of unease.