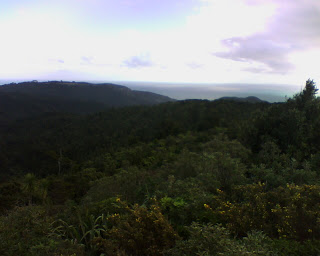 We climbed up the lookout. It rose above the treetops allowing use to see the huge rolling valley of random bush and scrub, which makes up pretty much all of the Waitakere ranges. In the distance we could make out the starts of the ocean, glistening in the afternoon sun. I looked for a moment and then “The only thing that can do this scene justice… Is my camera phone!” I proclaimed as I whipped it out, took a shot that was instantly compressed, pixelated, and then shitified. My job here, IS DONE. 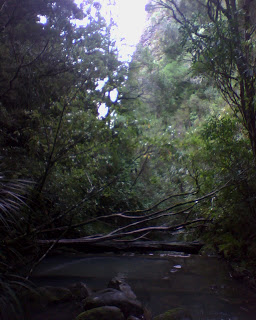 Fortunatly it had rained recently so the path was a muddy track, with slimey stones and roots placed strategically around. All of them eagerly awaiting someones foot to land on them so they could shout “AAAH YOU LOST YOUR GRIP! GET IT!?!?”
I say fortunatly because, lets face it, it wouldn’t even be half as fun if we were mearly walking through the bush. I prefer to be like a dainty ninja who doesn’t like getting his shoes muddy, jumping from dry patch to dry patch. 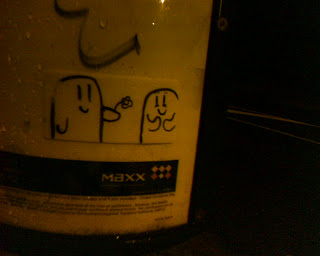 Naw, so cute.
Oh P.S. people who don’t have blogger accounts can now post comments to my blog. I didn’t realize I had that particular setting turned off before. Heh heh. Oh yes, and there’s now a share feature at the bottom of my posts, so you can now tell everyone on the old facebook what they’re missing out on. Feel free to post my hateful anti-facebook posts on there. People are still texting me asking where my profile has gone. It’s a little worrying that they’re only realizing a month or two after its gone. Ha ha ha ha ha ha aaaaahh… *cries*

0 Thoughts on Getting all naturey again