The Birth, Part 2
Dadaism and a Dam
Uncategorised May 27, 2010
Share
Ok, the REAL reason I quit facebook… Was because Alt TV is gone (Yeah, I know that was a year ago but I’m still hurting alright?) In fact those little skully characters you see to your left were brainstormed while watching Alt. So here it is, a belated dedication to the best music tv show the world ever saw, the good always get liquidated young. C4 doesn’t have the balls to do shows like Sideroom and talking shit (Or have a topless presenter, or have an entire show filming a toilet cubical cause the presenter had a really bad stomach trouble or have a presenter thats to depressed to say much so they just grunt and say that there’s another song coming OR have a presenter thats to busy playing xbox to care that they are live on tv.) 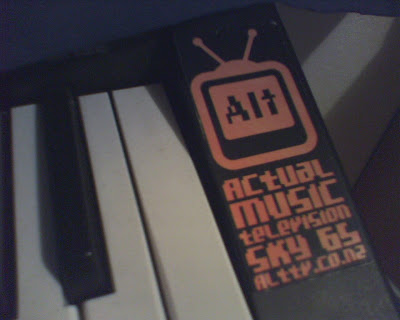 Believe it or not this is a personal record breaking post in the history of this blog. I have never posted more than nine times in a month. And the last time I DID post this often was in 2008 when I actually had fairly interesting things to say.
Hey look at this! Its cool. A personal mission of mine this year has been to collect energy drink cans. So I have tasted quite a variation so far. (If anyone knows where to still get tab or gold label Hemp tell me!)

P.s. I got three days to live, the doctors told me that my stomach resembles a soggy McDonalds bag.

0 Thoughts on One down, three to go