Sad truths
Climate Change 4 Realzies!
Uncategorised August 25, 2009
Share
So lately I have been getting angry at our little government again. The last recorded time I was this grr was the end of september 2007. When our nanny state was trying to pass its Electoral Finance Bill. Everyone was really up in arms about it. Still makes me grr about all the crap that went around with it.
Now its the smacking bill. 9 mill wasted so Key could just be like “Lolz, to long, did not listen.”
I think I’m gonna have to agree with Richard Prosser of “Investigate” on this one.
“…We should split the cost 113 ways, and send every MP who voted for the Bradford Bill invoice for $79,646.01, because we didn’t want it, and we said very clearly at the time.”
When %88 of the people who voted said Nai to this bill, it creates a very clear message. it means its a very very clear “NAI” ha ha.
I think it wasn’t a very good look Johnny gave us at the begining of this referendum. Stating that he wouldn’t do anything about it no matter what the results were. This is a great way to deter less motivated voters from not bothering to post their little slip back. And then afterwards they can dismiss this entire ordeal by going “Oh only 50 or so percent of voters voted on this referendum thingy.” although as mathematician Matthew rust says “it means 44% say yes to smacking 6% say no and 50% don’t really care enough” Its true. Hes a mathematician.
So, keep this in mind as you read the news, We put the members of parliament where they are. We employed them to their position. And one thing an employee shouldn’t do is backsas his boss, waste the bosses money, and be inert at a time when the Boss is shouting at him to get a wriggle on. WRIGGLE ON!
Feel free to shoot John an email. Or add him as a friend on Facebook then immediatly defriend him in unapproval (Oooh, shunned.) [email protected]
Silence is consent. So if you think this whole thing is ok you can stay quiet. =P
In other news I’m on my holidays now. Woot. My arm guitar is finished and handed in! Woots all around. 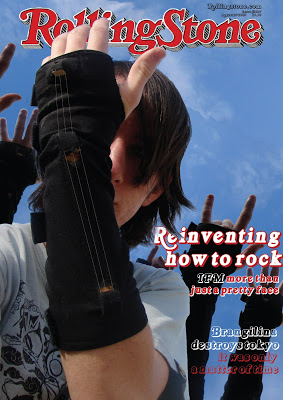 I am also taking part in what Keir jumped to call a new “social Experiment.” I know she did it to make me more interested in doing it.. And yes it worked. I am. I have joined a models thingy on Bebo. Populated by girls. And most of these girls (With the exception of a few) only have the photographic capabilities of a person who spends all day taking pictures of topography. I’m the only guy. Adventures abound. I’ll keep you posted. 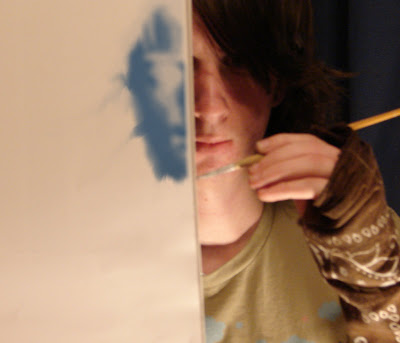 0 Thoughts on “Silence is consent” He shouted.