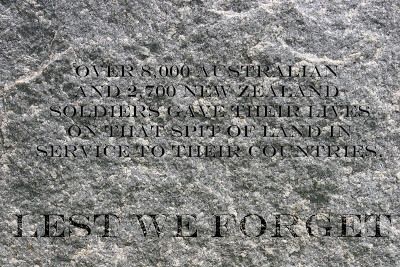 But thats ok, because to the surprise of all the adults “youth” seem to be coming to the dawn parades in unusual numbers. Its funny that it still comes as a surprise because I recall the last few years have had similiar reports. Its that one time of year when they can’t say we have no respect. Lol. I’ll go next year. I promise. Or maybe Ill buy a poppy. Hanna did. That makes me so unpatriotic. Ha ha.
Well looks like week two came and went. Damn.. I still haven’t got everything in order for monday… Ill do it tomorrow.