The night before The phillipeans
first day in Phili ~ an interview
Uncategorised December 28, 2008
Share 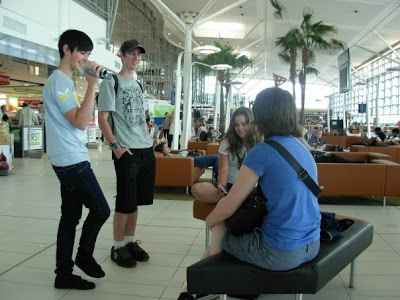 So we have ben traveling all day. Were sitting in Brunei waiting for our next plane to come get us. The movies suck, but I found some cool soundtracks to listen to. The Juno soundtracks on there! Woohoo. Go alt stuff.
Chris has been getting cabin fever, and every time were given a pillow or one of those “Springrolls” he biffs it at either me or Zara. When I say spring rolls I mean those little flannel things that your given to refresh you or something. To be honest I don’t really like those things.
We stopped in australia as well. So we got a good look at the terminal there. Pretty much an extention on NZ, except instead of Kiwis they have abos.
Some random ass dude popped out of nowhere and did a freaky face at me just now. It was rather amusing, if not a little strange.
Well thats all I got o say for now… Hmm, I saw my first butt sprayer here. It freaked me out for a second, but upon second glance it was like seeing an old friend again. Its about 30 degrees here at the moment. I like the heat it feels good. But they pump the AC in here.

See you guys all on another continet or acapela of islands. 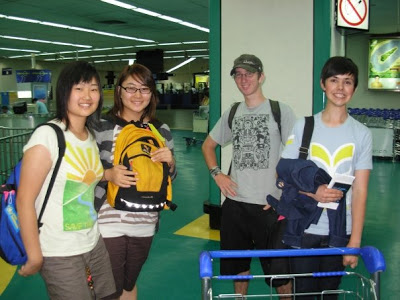