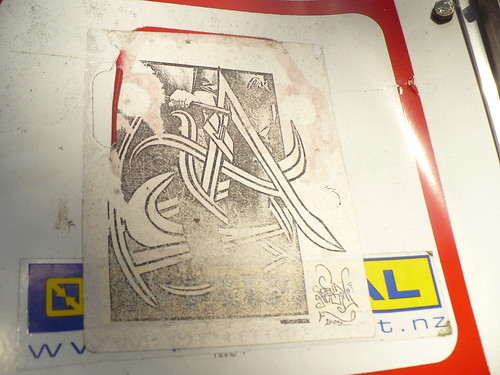 So that night we went messing around in town I lost my hat. I didn’t realize how much I loved that hat. We had many good times. She would sit on my head and shade me from the harsh reality Beating down upon me. She would look out for the trials ahead, always looking forward, never looking back. Unless she wanted to be funky. She was truly a friend… – To be continued.
Ok so we had the day off. So we struck off into the mighty city of hamilton. Or the tron. whatever you wanna call it. We saw the smouldering reckage from that exploded factory. It smelt like Marshmallows roasted by satans hand. Suffice to say they probably wouldnt be edible. The main reason we went in was because Aimee hadn’t been to the movies while she was in headspace. So me and the boys were like awww, lets take her to the movies. Turns out Horton HAS a who (haha, just so Marsume gets an extra kick out of it) Doesn’t come out till saturday. So The girls were all like *high pitched* “Lets go see Step up 2!” and the guys were like *Deep, muscular sounding* “No that looks dumb, lets see 3:10 to yuma.” So they saw theirs and we saw ours. And everyone was happy. There was much rejoicing and booty shaking *From pirates*.
I wandered with J for the rest of the afternoon while everyone else went and did their own things. I was with frank for a while in a bank. My new belt is one of those buckle ones without the little pokey bit for the hole. So it slowly undoes itself. I hitched up my pants and tightened it again. then one of the ladies who works there walks up to me and says *Straight faced* “I see your having some trouble holding your pants up, here.” and hands me a paper clip. I was like “Oh, thankyou. where does it go? Do I just clip it here or what…” it was a rather random event
Oh yea, It also seems like my body has gotten used to my slightly later starts. So im not waking up at five thirty anymore. -_- My body is in cycle two. Here, let me explain the cycles of getting used to a new time to wake up.
cycle 1 – You have a time that you have always awoken at, that time is now changed to a later date. Your body thinks it is smart and goes wide awake at the old useless time.
Cycle 2 – Your Body Overshoots the time, so when your alarm goes off it wakes you while your in your deepest of deepest sleeps. You hate the world during this cycle.
Cycle 3 – Perfection. Now go back to cycle one.
HAPPY BIRTHDAY MUM, FRANK AND TARRESA! Sorry for spelling the name wrong. lol
Continued. –
Oh woa, oh woa is my hat. For it is gone. Lost to the depths of urban oblivion. Why must you leave me? Did I not care for you? Did I not pick lint off you when I was bored? Did I not draw my cartoon characters inside you? Oh you were a bad ass hat. I saw you in freeride and knew you were the one. Partly because you were the only cool black one that wasnt a gay trucker hat.
You know. I dont think Ill Leave you out there in the dark. I will search.. I went to the places I had been before. Retraced my steps looking for you my darling. It has been a full day without your presence. I toil and sweat. But REJOICE! For you are found! I found you and with that I found the piece of my heart which was lost with you. Look, for you have kept it safe.
and with that I put you back on my head. Never to be forgotten again.
No seriously I think I like that hat far to much. 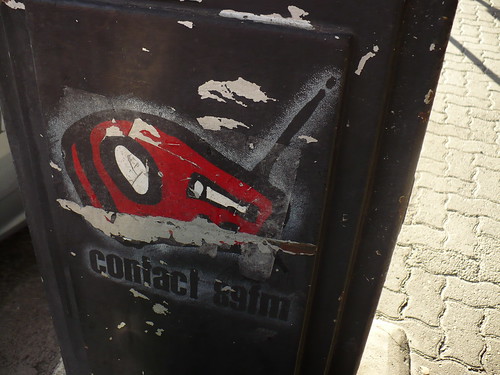