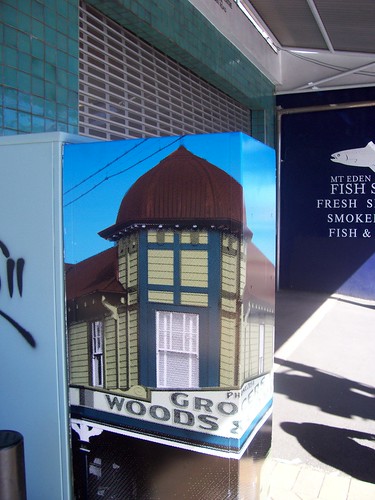 Well here I am at 1am in the morning, Franks teaching Mum, Zak atak, and Wazowski how to play hearts. New in jokes have been spawned. Scratch the side of your head with your whole hand and look away from the respective person you have had an embarrassing conversation with, while making chomping sounds. Thus a make believe pak man creature eats your head.
Moments ago frank was releasing gas and wind from various orroficies at wazowski. Think that hiding under her top would be a good idea she pulled it over her face. As a counter measure she made sure franks finger got a taste of her eye.
Yesterday on the mount We decided to go for another walk up the mount. In a flurry of excitement Frank ran off to take a leak behind a tree. Before he got 5 metres he was already on the ground Howling. I admit I laughed when I saw it, but that was before I knew he had a sprain, or a break, or something. The X rays haven’t come back yet. He’s got it in a moon boot at the moment. Misleading name though, it is not air tight, and it doesn’t give you half the gravity of a regular boot.
We went to the beach for a bit which was groovy. “ILL NEVER LET GO JACK!” Immediatly lets go.

Zak atak standing by some props for a local production of king lear.
Tomorrow is a free day. Its the day where we let all the out of towner’s run out and get lost down our many “Friendly” side streets.
I found out the name of that crazy squiggly legs sticker artist. “Border Line.” Hes done a few more around Mount Eden. “Eden Crips” Went mental the other night and put stickers all over the place.
Things in the Bible that make me lol:(Exodus Ch.5 V.13) “Does that big sword make you a friend?” “…Maybe.”
(Nehemiah Ch.2 V.1) product placement in the bible “Hmmm I dunno, We have a better offer from ford.”
The hardest worker (Ch.3 V.20) “Oh my gosh! Nehemiahs writing a book isnt he? Damn, If I get in I better look as though I’m working!”
I have seen this dude around before, if anyone can read the wild styles or tell me who he is Ill probably be greatful or something. 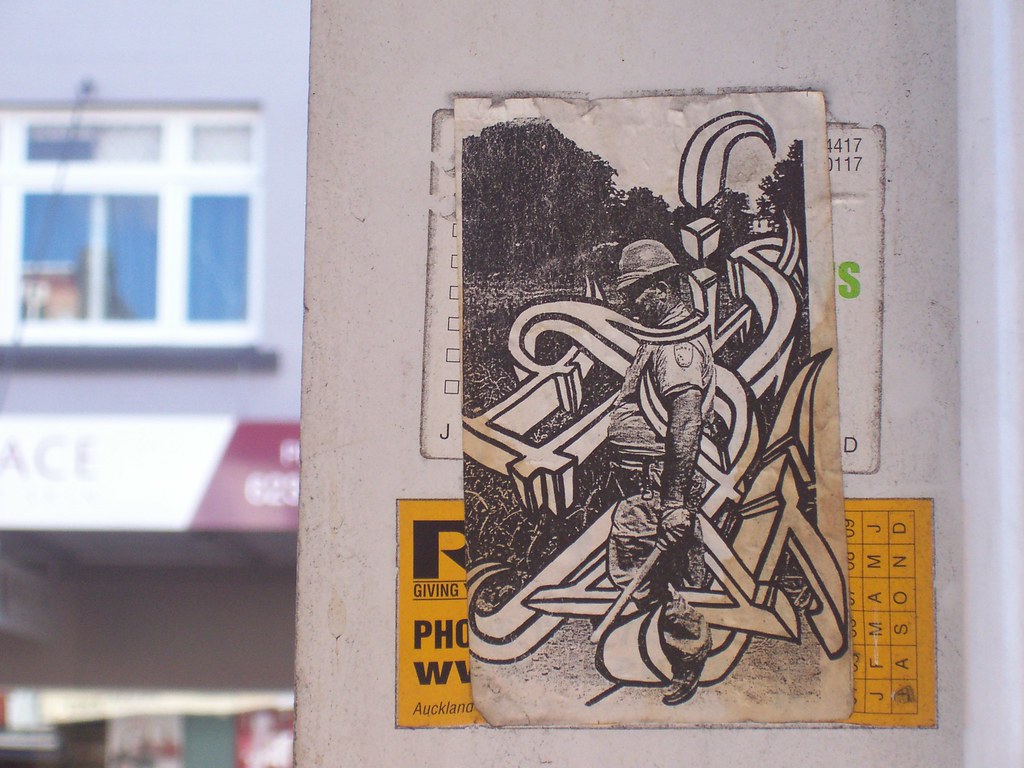 0 Thoughts on Break my leg, Break my concentration.